“Start by doing what’s necessary, then what’s possible; and suddenly you are doing the impossible.”
– Saint Francis of Assissi

Hello, everyone, and thank you for joining me on Day #99 in A Year of Positivity! I hope this weekend has been kind to you! The quote I have for you today comes from Saint Francis, “Start by doing what’s necessary, then what’s possible; and suddenly, you are doing the impossible.” There are times we all go through that overwhelm us to the point that we feel like we’re trapped, or suffocating, or even drowning. I’m going to share a little personal story that I hope may be inspiring to you.

Financially, I’ve never been one to need much in order to live a simple life. It doesn’t take much to make me happy. I’ve been living off a salary the last few years that has been just enough for me to get by, and I was perfectly okay with that. I’d feel greedy if I considered asking for more. However, since I’ve had my fall and broken my wrist, my finances have been thrown way off balance. Now, I’m struggling to meet all my medical bills with the salary that I was previously content with because it’s taking from the money I’ve been trying to save up for personal growth and my future.

Ever since I returned to work, I’ve been incredibly stressed out, though I’ve been trying to save money where I can. However, I’m having a hard time saving anything because my savings are being used to help pay the medical bills. So, I decided that something needs to change in order for me to not feel so financially stressed, and I have to be the one to implement it, no one else. While I’ve come to the conclusion that I do need some form of additional income on top of what I earn now, until I find something that comes into play for me, I’ve decided to take a new and different approach to all my bills, and I incorporated my doctor, surgery & anesthesia, and physical therapy bills as well.

Some people might say not to worry about the medical bills, just focus on the more important stuff, like making sure I can afford to eat and making sure I have a roof over my head. I’ve already had a couple people make comments to me about it privately, and some people think everyone is in debt, but here’s the thing. I’m trying to grow into the best version of myself, which means leaving no stone unturned, and I genuinely don’t believe it’s impossible to get out of debt. I have things I want for my future, things I see so clearly, a vision I can literally almost taste, but financial freedom is a big part of how I need to make that happen. I can’t get what I want for my future unless I make sure I have a strong financial foundation to support me along in my journey. Good credit standing can take you so much further than you could ever imagine.

So I took a hard look last night for hours on what exactly my money is going towards. I wrote up two lists in an Excel spreadsheet, one with the current [necessity] bills I’ve been dealing with throughout the last 5 years, and the other is a list of my medical debts, including my hearing aids that I’m still paying off. I rearranged all my debts from the smallest to the largest, and then I looked at my current bills to see if there were any costs I could cut. I had already cut a lot of stuff like subscriptions to Hulu and other stuff on the day I went on my medical leave of absence, because I knew I had to keep in my account what I had to tide me over, until I could start earning an income again. Still, though, I knew it couldn’t hurt to take another look and see if there was anything else that wasn’t a necessity.

I found a couple things, so that gave me some extra funds to assist in paying off some of my medical bills. By rearranging my debt amounts from the smallest to the largest, I was able to actually pay off four smaller medical bills and half of another right then and there. I wasn’t going to talk so openly about this part of my life because I’m usually quiet about it, especially since I was a victim of identity theft in my 20s. However, today’s quote really spoke to me, and the first thing that came to mind was how I feel like I’m drowning in trying to come out of debt, and not knowing where to start. In almost every other aspect of my life, my stress levels are below normal, especially since I’m the type of person who’s naturally inclined to be quite positive in my daily routine. However, this aforementioned area above is where my life has the most stress. Like, it literally gives me a stress migraine nearly every other day.

When I compiled all my bills together on my bed, it seemed impossible that I’d get through it all. After doing some research into a technique about starting with smaller debts first, that’s when I decided to type their amounts into Excel, I also rearranged the hard paper copies as well. There’s something to be said about laying them out on the bed and arranging them from the smallest to the largest. I did this on my bed because my bed is a place of comfort and relaxation, and I wanted to approach this with a calm, relaxed mindset. I’d never tried this method before, because they say that working on your bills while in bed is one of the worst things to do, but for me it actually worked! It was exciting last night to see I paid off the four smaller ones while sitting up in bed, and also paying off half of the next smallest one (compared to the rest still on my list), one right after another.

After everything I did, I took another visual look and comparison of my bills on my bed, and actually felt relief and excitement. I went to bed feeling like the world wasn’t so heavy on my shoulders, and I feel even lighter today. I did what was necessary by rearranging all my debts and cutting costs where I could. Then I did what was possible in the bill payments I made to cut down some of my medical debt, while making [temporarily] smaller payment arrangements on the larger debts, and now I don’t feel so overwhelmed. I still need some sort of supplemental income on top of what I have, if I want to pay the remaining bills faster, but I’m so happy to have found and implemented a solid resolution, and now that I know where to start, I’m not feeling as stressed as I was before. I truly feel like it’s no longer impossible to regain my financial freedom.

Feel free to check out my latest novel, “Finding Dakota,” a riveting tale of one family’s happiness and another’s redemption. It’s sure to keep you on your toes with suspense, and it might just be your next favorite read! 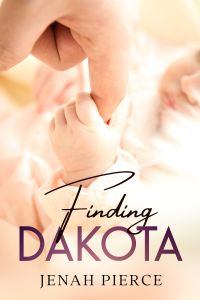 Click on the book cover to find out more information about the Finding Dakota miniseries, and other works of fiction coming soon.