I know I haven’t written here in a while, but seeing that this is my first blog post of 2019, I just have to say Happy New Year to all! I hope everyone is doing well and had some wonderful quality holiday time with all their loved ones. So, as promised, I said I would continue writing my Ancestry journey in this blog. What I want to say in this post is something I couldn’t say in my last post, because I was just so overwhelmed with the highs and lows of all the emotions that came attached with discovering certain details (and lack thereof) regarding my lineage. Now that I have had plenty of time to take a few deep breaths and sort through all my emotions and thoughts, I am ready to share the rest of my journey—though it will still have to come in bits and pieces as I have been doing, because it’s a lot for me to even digest all at once, and even now I’m still processing the latest information I have received over the past couple weeks.

So, I suppose I should start from the very beginning, especially if you’re just tuning in for the first time, or know very little about my journey so far. That being said, it was almost 31 years ago that I was born in a hospital on a military base to three (3) air force personnel: one (1) birth mother, one (1) birth father, and one (1) birth certificate father (the man my mother married after I was conceived, but before I was born). The story behind this is complex, but because my mother has since passed, I’m not really going to dive into the past too much out of respect to her. However, I will say that by the time I reached the age of two (2), my mother and birth certificate father had gone their separate ways, and my mother and I moved up here to Pennsylvania. By this point, though I cannot verify exactly when, my mother had already attempted to reach out to the man she firmly believed to be my birth father—a man named Vincent Cama (from this point forward, I will just initialize his name to VC).

Mama had told VC of my existence and he wanted absolutely nothing to do with her or me. That kind of jerk move is never fair to any child(ren) involved in this situation, as it’s not their fault that they are born and they did nothing wrong, but all too often this disrespectful and insensitive move really happens. Still, as a child growing up, I kept wondering about him. I kept wondering what he was like, how happy his life was, if I had any siblings by him. I knew he was half Irish and half Italian, and by default, that meant I was one (1) quarter Italian and one (1) quarter Irish.

I wanted to grow up and make him proud of the person I turned out to be. When I grew up, life gave me its fair share of lessons while I walked around still lost in my identity with an unsurprisingly low self-esteem about myself, but still I came out a stronger person than I was before. Here stood a woman who was strong, and went through her own hell and back through life, and she still somehow turned out to be a decent human being with love and forgiveness in her heart and a newly restored, much healthier self-esteem that still grew. Now she was 30, but she had so many questions, questions that she thought only VC could answer. After 30 years of hardship and growth, with a DNA test that followed and revealed no Italian heritage in her, her world was shaken.

Anger, betrayal, confusion, denial … these were all emotions I felt in my initial response to my DNA test results. I tried my best to shove them aside, for I finally had some good news about what my heritage was in its entirety. I was still Irish, because I already knew my mother was Irish, but when I saw no Italian on either the Ancestry or the 23andMe tests results? It totally threw me off, and made me wish my mother was still alive, so I could confront her about my findings. This is what I couldn’t say in my last blog post, because I was having such a hard time sorting through these negative emotions, and I had made a promise to myself that this blog in its entirety wouldn’t be focused on the bad or negative, but on the positive. However, this story in its own way is never-ending with a happy turnout that you will find in a couple of posts from now, but we all know stories like this are much more meaningful when you can see and understand everything that’s been happening behind the scenes, so that is why I’m sharing this post with you, why I’m sharing how I’ve felt along this journey.

Growing up, I felt lost, like I was missing half of me, and it was especially hard to deal with this every time I looked at and thought about my family tree, and only saw and knew my maternal lineage. I didn’t really know anyone who could understand what I was going through back then, so I felt a sense of loneliness in this walk through this life. I love my maternal family so much and will do as much as I can with them, but I didn’t know how to express myself in my feeling lost regardless, because I didn’t have my paternal family in my life. I tried so hard to ignore this feeling, because I was so loved by so many, but … I could never shake that feeling of half of me being missing … I could never shake the questions of “Who am I?” and “Where do I come from?” No matter how hard I tried to fake it and pretend like I knew who I was, no matter how hard I tried to value myself based on the people already in my life who constantly showed me their love and support for me, I just couldn’t shake this.

Thankfully, when I turned 21 and was living on my own in San Diego my birth certificate father came back into my life, and he’s been a huge part of it since then. It took me a little getting used to at first, because I wasn’t used to having a father in my life, so I didn’t know how to be the daughter of a father. Before I knew it, though, it was like he was in my life all along. He’s super hilarious, as well as protective of the people he loves and cares about, and he’s the first person aside from my grandma to show concern for my health when it’s not up to par or stand up for me and be there for me when I’m emotionally hurt. I absolutely love listening to his opinions and views on important matters, as well as hearing his life stories, and his hugs … oh, his hugs are just the absolute best!

Do you want to know what makes him so special to me, the thing about him that means the most? He’s a man that, despite not being one (1) of two (2) people who biologically brought me into this world, still wants me in his life, in his heart, and calls me his daughter and his baby girl, as did his husband whom I call my stepfather. Unlike VC, these two men valued my existence, and their constant presence in my life has certainly played a part in rebuilding my self-esteem to where it should be (though I will be the first to admit my flaws and that there’s still always room for growth throughout life). I’m proud to carry my birth certificate father’s name, and I’m proud to have him in my life, and I love our bond that is unique from everyone else. Even though my stepfather has since passed I still carry him in my heart as I do with my birth certificate father who is still alive, and I wouldn’t have this any other way, so anybody who would dare interfere with this would be in for a rude awakening, because he’s not just my birth certificate father, but also my dad.

Still, I couldn’t shake the feeling like half of me was missing, because I still didn’t know where half of me came from. Dad and I talked many a time about VC, and though Mama insisted VC was my birth father, dad was adamant on the fact that VC was actually not. To prove this, he sent me via mail the only picture of one man he knew was my father. On the back of the photo was a name that was close, but all wrong at the same time. Now came the real question … who was right in their belief … my mama or my dad?

I was confused, and went back and forth myself over the past couple years who could really be my birth father. Was it VC or was it this man in this photo below? Well, DNA doesn’t lie and when it revealed to me I had no Italian in my heritage at all, I had no choice but to rule out VC. So now this begs the question of … who is this man below, and where was he? Please stay tuned in the coming days and weeks to find out more on who the man in the photo below is!  😉

Feel free to check out my latest novel, “Finding Dakota,” a riveting tale of one family’s happiness and another’s redemption. It’s sure to keep you on your toes with suspense, and it might just be your next favorite read!

Click on the book cover to find out more information about the Finding Dakota miniseries, and other works of fiction coming soon. 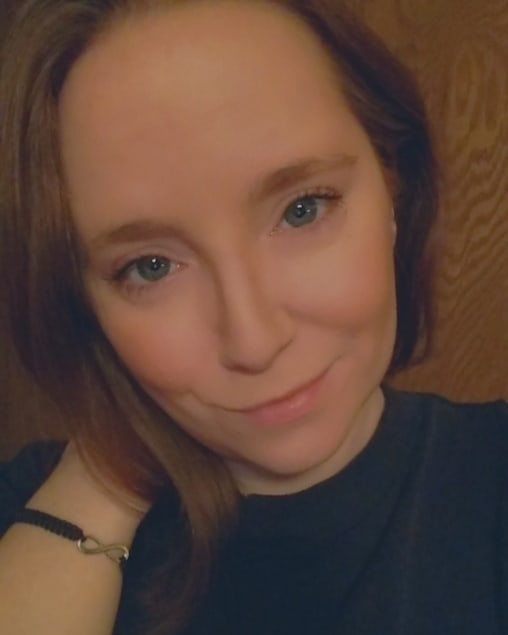